Prague in the Wintertime 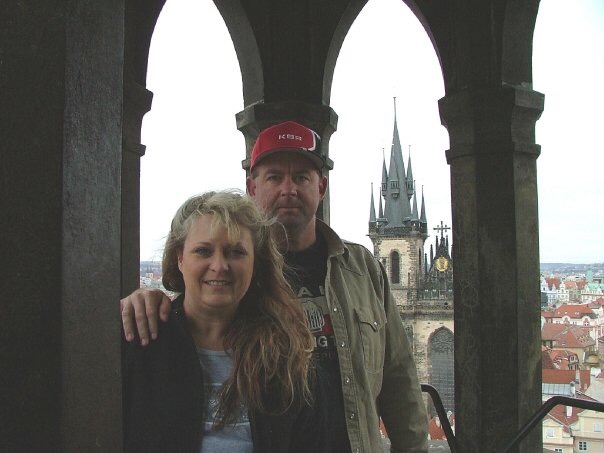 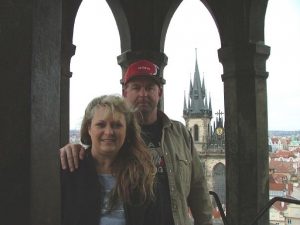 My favorite destination trip to Europe is definitely Prague, in the Czech Republic.

The architecture and the cobblestone streets winding through the city are something out of a romantic suspense novel. The chapels and ornate structures, including the train station that sits proudly at the top of the hill facing the main thoroughfare are pure history. Centuries in the making, Prague is a tourist-friendly, walker-friendly destination that is easily accessed via the European rail system.

In the winter, peak tourism slows, and this once hidden gem is blanketed in a beautiful white snow, and all of the little cottage pubs and restaurants are warm and welcoming.

We stayed in an apartment, rented by the week, similar to an Airbnb in the US, and it was centrally located, and perfect for seeing the city by foot. 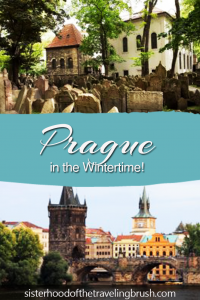 I had a few “first” experiences in Prague, reminding me that small town country life had sheltered me a little from some of the coolest little things.

Being from Louisiana, our water table is high, so there are no basements or underground structures, it just is not feasible. That being said, I had never experienced many of the underground capabilities that higher elevations enjoy.  Imagine my amazement, when the paved parking lot started to move and open from below ground. I watched for what I know was way too long, as cars would drive into a parking spot, and the parking spot would then lower into the ground, either bringing back up another empty spot, or another car to be driven away by the waiting owner. Pretty cool to this old country girl! 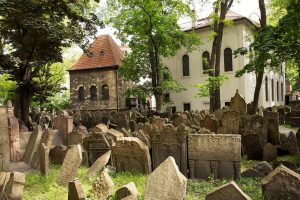 Some “don’t miss” locations are the Jewish Cemetery, gated off and preserved in time, toppled headstones crowded one upon another, leaning this way and that. You can feel the gravity of the lives that are represented, and the historical significance of the location. 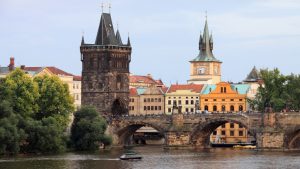 The tower in Old Town is a short climb, but has the most magnificent view that I have ever experienced. Miles and miles of history unfold before your eyes, and it is easy to imagine that you are experiencing just a glimpse of a strong and resilient region.

As Americans, it is true that we are a little louder than most Europeans. Where we see “Southern Hospitality”, others can see aggressiveness that can be uncomfortable. I think it is important in this region to give the locals a little time to adjust to your presence, and just be friendly. We met some great local workers at a pub, and it felt so awkward when we first arrived. Everyone was quiet, standing alone, having an after work drink of choice. So unlike American pubs where everyone yells “Hey, Norm” as their buddy enters their local haunt. The men walked in quietly, no music was playing, and they hung their jackets on the pegs by the door, bellying up to the bar and most did not even need to order, the bartender knew what they wanted and had it ready.

My husband is a pretty boisterous fellow, and makes friends everywhere we go, has never met a stranger. We were feeling a little awkward, like we were someplace that we didn’t belong. We weren’t even sure if the patrons understood our language as we nodded our heads and said hello to each fellow as he entered. Finally, Arick asked the bartender to buy a round of whatever the guys were drinking, most of them had shots of clear alcohol, a few were drinking Stella Artois or Staropraven, the local brews. He nodded to the negative, and said that he did not think it was a good idea. We did not quite understand, (and still don’t) but Arick insisted, and the bartender announced the round. A party broke out.

The once silent smoke-filled room became loud very quickly. Apparently, it is customary that if one person buys a round, everyone has to buy a round. The whiskey and beer were flowing. All of a sudden everyone was talking and telling jokes, most in English! Laughing and hijinks that put Cheers to shame ensued. That turned out to be our best night in Prague. We met some great guys, and left them all still there having a good time, and hopefully remembering the American duo that brought the party to the pub on a work night!

One other funny from this trip was the pizza we picked up on the way back to our apartment from the pub. There was an authentic Italian pizza restaurant in the building adjoining our apartment building, Pizzeria U Zeleneho Krale, and the aroma was amazing. After a couple of hours at the pub, we were ready to eat and head to the room. Pizza is not a take-out food the way it is in the US, and it is customary for each person to order their own. Most of the pizzas are awkwardly shaped, very thin crusts.  They do not do toppings like American pizzas, either, and the selection choices are not large. That being said, we ordered a ham and olive pizza. It took about 45 minutes to make. I actually waited for it while Arick went back to the room to take a bath.

I paid for the pizza and brought it back to our apartment, and we sat down at the table to get our grub on.  I laughed so hard as he opened the box, excited to see what toppings we got, and knowing that he expected a huge thick crust pizza. It was as thin as a cracker, but still soft, almost not fully baked looking. There were two small round slices of buffalo mozzarella, one green olive (with the pit inside), and a thin slice of what we would call lunch meat in the center of the sauce covered blob. Oh, and one more thing, there was an over easy egg cracked in the middle of the pizza!! We must have looked at it, and looked at each other and laughed a dozen times. I wish I could say that it was delicious, but I will say that it did not go to waste. Tip: do not order pizza in Prague, lol.

We are both big (literally) foodies, and I do hate to admit that Prague is not known for its food. The menus are not in English, the photo menus are not accurate, and thank goodness that was not our main draw for visiting the historic city.

We enjoyed every person we met, and saw the most spectacular buildings that I have ever seen. Prague is a must visit, and I do hope to visit again one day and bring my grandchildren.

Prague was the least expensive of any European city that we have ever visited, and is only a short train ride to our next destination, which was Vienna, Austria. 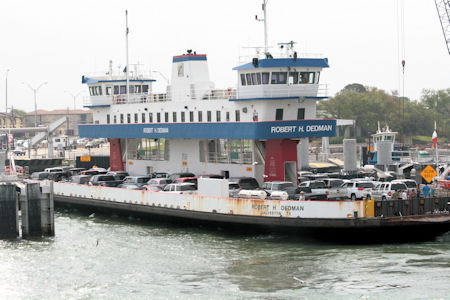 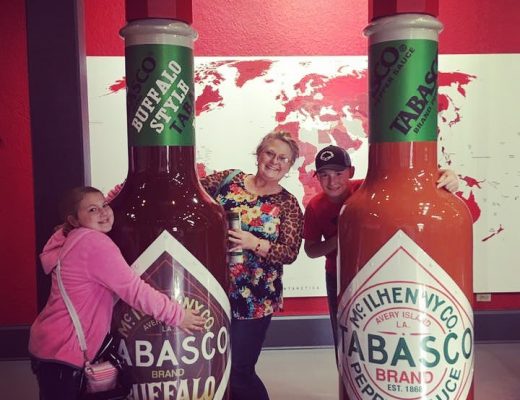 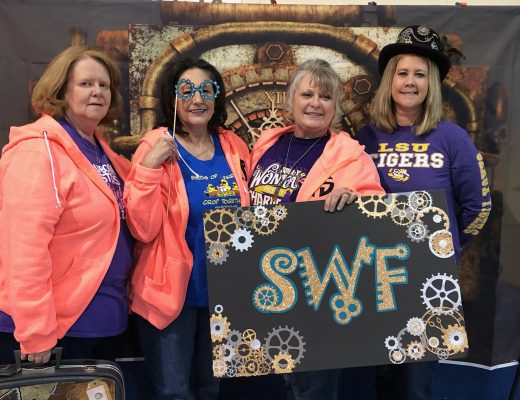